Mr Dominic PJ Howard is an academic vascular surgeon whose research interests focus on the epidemiology of vascular disease. Since 2010, he has gathered unique data on a population-cohort of 100,000 people and published on improving the primary and secondary prevention of carotid, aortic, and peripheral vascular disease. He has won several awards, including The Queen’s Prize for Higher Education, The Vascular Society Sol Cohen Prize, The European Stroke Association Young Investigator Award, and the Charing Cross Symposium Clinical Prize. From a clinical stand point, he completed a peripheral and aortic endovascular fellowship in Australia 2016, and has since developed a specialist interest in complex endovascular practice during his consultant practice. 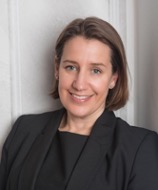 Miss Emma Wilton was appointed Consultant Vascular Surgeon at Oxford University hospitals NHS Foundation Trust in October 2017. She is the Surgical Lead for the Deep Venous service at Oxford University Hospitals NHS Foundation Trust and the Thames Valley Vascular Network. Miss Wilton completed her medical training at the University of Cambridge. She was awarded an MD in 2007 for her thesis following a period of research at St George’s, University of London.  She completed a year as an Endovascular Fellow at St. George’s Hospital, London and St. Thomas’ Hospital, London in 2016. Following completion of higher surgical training she undertook a further senior clinical fellowship at St. Thomas’ Hospital, London where she developed a specialist interest in the management and intervention of deep venous disease. She is actively involved in clinical research and is the lead for the LUPA 2 project at Oxford University Hospitals NHS Trust and Thames Valley Vascular Network.

Please email Louise King if you would like to attend.