The Department of Surgical Sciences is pleased to welcome Dr Newton Howard, who has recently joined the department as Director of the Computational Neuroscience Laboratory. 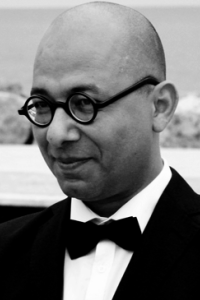 Dr Howard was previously the Director of the Mind Machine Project at the Massachusetts Institute of Technology (MIT), where he remains a resident scientist and serves as Director for the Synthetic Intelligence Laboratory.

His research in the field of brain sciences has built upon his years of work in Artificial Intelligence and focuses on the development of functional brain and neuron interfacing. He works with multi-disciplinary teams of physicists, chemists, biologists, brain scientists, psychiatrists, computer scientists, engineers, surgeons and clinicians to achieve a deeper understanding of the brain.

Dr Howard is no stranger to the University of Oxford. In 2000, while a graduate member of the Department of Mathematical Sciences at Oxford, he proposed the Theory of Intention Awareness (IA).  In 2014 he received his doctorate of philosophy from Oxford for work in neurodegenerative diseases.  His work has made a significant impact on the design of military command and control systems as well as information exchange systems used at tactical, operational and strategic levels.

Dr Howard’s current research projects include the Fundamental Code Unit (FCU) and its operational context, the ‘Brain Code’ (BC).  He is dedicated to creating technologies to enable early detection of neurological disorders and developing innovative tools for neurosurgery.

He said: ‘We are aiming to solve the fundamental code of the brain and reach standardised modelling tools for understanding the human brain principles of operation – ones that map to natural brain processes.’

Dr Howard continued: ‘The day I started working back in Oxford and at the department, I felt at home for the first time in a very long time. I am sure at this department we can build and support community-driven models of brain science. I have a goal; the goal is not to collect models, but to work together towards unifying models.’

Professor Freddie Hamdy, Head of Department, commented: ‘We are delighted to welcome Newton Howard to our staff. He brings a wealth of expertise to NDS, and his appointment adds considerable strength and value to the growing multidisciplinary nature of the department.’

A trial investigating how effective endocrine treatment is, prior to surgery in post-menopausal women with breast cancer, has randomised its first patient of the year.