Not to be confused with the Victorian designer of the same name, William Richard Morris 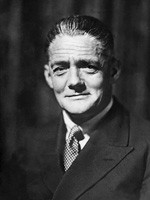 © NDS was born in 1877, grew up in Oxford and was apprenticed to a local cycle dealer and repairer. At the age of 16 he set up his own bicycle workshop in the brick shed of 16, James Street Oxford. Oxford being a University town with an abundance of bicycles, his business prospered due to his hard work, drive and rapidly increasing business acumen. He opened a cycle shop at 48 High Street, which prospered similarly, and began manufacturing small numbers of cycles for sale.

In 1901 he branched out into motorcycle manufacture and repair, establishing the Morris Motor Cycle, which was at first little more than a motorized pedal cycle. In 1902 he opened what eventually became the first Morris Garage on Longwall Street, opposite the junction with Holywell Street. Initially the Garage began to service and repair cars, but Morris's experience with motor cycle manufacture made a venture to manufacture cars an obvious extension, and in 1912 he began car manufacture, from a factory in Cowley, Oxford. Inspired by the example of Ford in America, he pioneered production line assembly in Britain.

Rapid expansion followed in the years after the First World War, with the opening or acquisition of numerous factories and major bases in Oxford, Abingdon, Birmingham and Swindon. By the mid 1940's he was the richest self-made man in Britain, and in recognition of his services to British Industry he was made Baron Nuffield in 1946.

His marriage was not blessed with children and Lord Nuffield devoted the bulk of his fortune to charitable enterprises. Between 1926 and 1960 over £25,000,000 was given in benefactions to establish hospitals, educational institutions and assist numerous voluntary organisations. To give some idea of the scale of these benefactions, this would equate to approximately 2 billion US dollars at today's values.