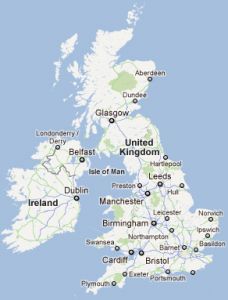 This research area investigates kidney stone disease at a population level. We have published work reporting the increase in kidney stone disease in the England (abstract). In 2009-2010 there were over 83,000 recorded hospital episodes of kidney stones in England. This represents a 63% increase over the previous 10 years and a 11% calculated lifetime risk of forming a stone (see graph below).

In collaboration with an epidemiology group in Oxford (EPIC-Oxford) we have been investigating which dietary and lifestyle factors may predispose to kidney stones. The EPIC-Oxford group monitors a cohort of over 60,000 men and women to investigate the influence of diet and lifestyle on disease. This cohort deliberately recruited a large number of vegetarians and vegans which permits comparative analysis of the effects of meat intake on disease.

Preliminary work from our collaboration has confirmed a stong link between obesity (BMI) and stone disease and demonstrated at an epidemiological level that diets high in animal protein (meat and fish) increase the risk of stone formation. Those that eat more than an average of 100g (4oz) of meat a day have twice the risk of those eating less than 50g (2oz). Those eating less than 50g (2oz) meat a day have a similar risk to those that eat only fish or vegetarians. Further analysis demonstrates that those with diets high in fibre and fruit (but not vegetables) are at lower risk than those with low intakes. Those consuming higher levels of magnesium and iron also had a lower stone risk. Calcium intake did not seem to affect risk.