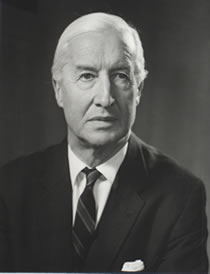 Allison's ambition from the beginning was to become a leader in surgery and he lost no time on the way. After a series of junior appointments he was elected to the staff of the General Infirmary at Leeds in 1936 when only 29 and worked for five years as a general surgeon. By 1941 he had decided that his surgical field of choice was the chest and he became the first thoracic surgeon at the General Infirmary in Leeds, eventually becoming surgeon in charge and thoracic surgeon to the Leeds Regional Hospital Board, and senior lecturer in thoracic surgery in 1949. During the war he was thoracic surgical adviser to the Emergency Medical Service for his part of England, and he had a mobile thoracic surgical team ready to deal with air-raid casualties. By the end of the war he had established an international reputation in his field and was generally held to be a leading oesophageal surgeon, with a special expertise in hiatus hernia.

In 1953 the Chair of Surgery at Leeds became vacant and the surgeons there of one accord recommended Allison. His purpose was now clear. It was to be head of the bestdepartment of thoracic surgery in the Commonwealth, but the university did not provide all that he asked for. He left Leeds and accepted the Nuffield Chair of Surgery at Oxford, spending the next two years in physiological research. Allison had learnt that it was not possible to maintain a lead in thoracic and cardiac surgery without expensive equipment but in spite of considerable initial resistance he built a first class department in Oxford. His main contribution to surgery while there was to set an example of practice. He always insisted that he was not just a thoracic surgeon and his work extended over a wide field. Technically he was outstanding and was early recognised as a leader in his speciality, above all in the surgery of the oesophagus. It may be that some of his administrative duties clashed with his personality and he found them rather irksome. In the operating theatre he combined boldness and originality in conception with meticulous care in execution. He did his own post-operative dressings and spent much time in the instruction of his nurses so as to ensure the best team-work. His unit was, in fact, a small, closely knit family.

Allison was a little below middle height with hair already white by the time he was fifty. He always wore a bow tie, sometimes of unusual span and brightness, and this, with a handkerchief appearing from his breast pocket and the flower in his buttonhole, gave him the type of appearance which medical students love to caricature. His chief recreations were shooting and fishing. He married Kathleen Greaves in 1937 and they had two sons and one daughter. He died at the age of 66 on 6 March 1974.