Harnessing the power of evolution for making new medicines: phage display of peptides and antibodies

***Please note: the lecture has been cancelled due to illness*** 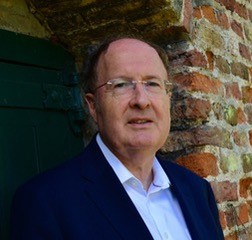 Sir Gregory Paul Winter CBE FRS FMedSci is a molecular biologist best known for his work on developing technologies to make therapeutic monoclonal antibodies (mAbs). Previously, it had proved impossible to make human mAbs against human self-antigen targets, as required for treatment of non-infectious diseases such as cancer or rheumatoid arthritis - and the corresponding rodent mAbs had provoked immune responses when given to patients. Winter is credited with inventing techniques both to humanise rodent mAbs (1986) and to create fully human mAbs (1990). For his work on "harnessing the power of evolution" Winter was awarded the 2018 Nobel Prize in Chemistry along with George Smith and Frances Arnold. Winter was cited specifically "for the phage display of peptides and antibodies”, the technology that led to the fully human antibody  “Humira”, and which is now the world’s top-selling pharmaceutical drug. He founded three Cambridge-based start-up companies to help develop therapeutic drugs based on his inventions, and his research career has been based almost entirely at the MRC Laboratory of Molecular Biology and the MRC Centre for Protein Engineering, in Cambridge, England. He has been a Fellow of Trinity College Cambridge, and is now Master of the College.