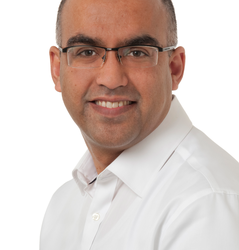 Mr Bader graduated from the University of Punjab, Pakistan. He did his initial training in paediatric surgery/Urology in a busy tertiary care hospital in Pakistan. Since he moved to the UK, he completed his CCT in paediatric surgery in West Midlands. He has worked in some of the major paediatric urology/surgery centers (Great Ormond Street Hospital, Evelina, Birmingham, Alder Hey, Bristol, Southampton, Newcastle Upon Tyne) in the UK. He went on to complete his Fellowship at Melbourne Children’s Hospital and RCS accredited paediatric urology Fellowship at Great Ormond Street Hospital and Evelina Hospital. He was trained by a number of leaders in their field.

Mr Bader specialises in general and complex urology. He is experienced in open, endoscopic and laparoscopic paediatric urological procedures.

Please email Louise King or Tarryn Ching if you would like to attend.