'Deep Brain Stimulation of the Anterior Cingulate Cortex: Targeting Akhos, not Lupe (but may lead to Anis)' 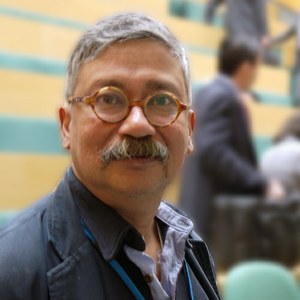 Professor Tipu Aziz is Professor of Neurosurgery at the Nuffield Department of Surgical Sciences and founder and head of Oxford Functional Neurosurgery. He specialises in the study and treatment of Parkinson's disease, multiple sclerosis, dystonia, spasmodic torticollis, fixed abnormal posture of the neck, tremor, and intractable neuropathic pain. His primate work was central to confirming the subthalamic nucleus as a possible surgical target for deep brain stimulation in Parkinson’s disease and more recently the pedunculopontine nucleus. 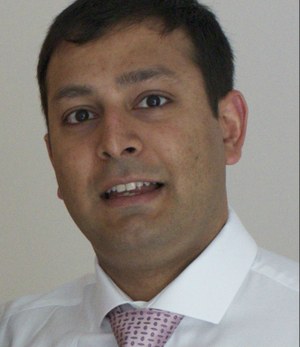 Dr Binith Cheeran is an Honorary Consultant Neurologist at the Nuffield Department of Clinical Neurosciences. He was appointed as a Senior Clinical Fellow in the University of Oxford in 2013. He completed his PhD at the Sobell Department of Movement Disorders and Motor Neurophysiology at the Institute of Neurology, London and thereafter joined the Oxford Deanery Neurology Specialist Training Program in 2008. As a consultant neurologist, Dr Cheeran specializes in Parkinson’s Disease and other movement disorders, working closely with the functional neurosurgery team at the John Radcliffe Hospital, Oxford.