In memory of Sue Bonnington

Pete Holding shares his memories of a much-loved colleague, Sue Bonnington. Based in Leicester, Sue worked remotely for the Nuffield Department of Surgical Sciences (NDS) as a ProtecT study Lead Research Nurse from 2002 to 2017.

I first met Sue in 2002 when Leicester became one of the nine UK recruiting centres for the ProtecT study (prostate testing for cancer and treatment trial). My role had changed from managing a team in Sheffield to helping set-up and support new teams across the UK. This was to accommodate the change from feasibility study to national treatment trial. Sue was one of nine lead nurses that I worked with. Sue had a wealth of knowledge and skills from previous jobs; in particular an appreciation of research governance processes. This was invaluable to a UK-wide team largely recruited from a clinical rather than a research background. She also had an unstoppable work ethic, with seemingly boundless energy and enthusiasm. Each new challenge was taken on with good cheer and a desire to complete each task to impeccably high standards. Leicester quickly became a strong and united team – headed by the local surgeon/trial investigator Professor Roger Kockelbergh – though I’m sure he’d be the first to admit that Sue was in charge! They became one of the top recruiting centres for the trial with many examples of best practice, particularly when developing methods for the long-term follow up of participants; crucial to a trial of this nature. Advice and ‘top tips’ from the ‘coal-face’ in Leicester were readily shared at national team meetings. It was clear from an early stage that Sue, as well as managing the not inconsequential workload in Leicester, would also have an important national role to play…

In 2009, the University of Oxford became the sponsor for the ProtecT trial – a consequence of relocation by the chief investigator, Professor Freddie Hamdy. Sue, previously employed by the University of Sheffield, opted to have an employment contract with NDS. By this stage recruitment had stopped and the trial was in the follow-up phase, with the planned primary analysis (10-year median follow up) due at the end of 2015. This allowed Sue the opportunity to further develop the national component of her role.  The ProtecT study was already ‘old’ when compared with similar trials, but the regulatory framework was rapidly changing and there was a shift from paper records towards digital methods of capturing and processing data - we had some catching up to do! Sue and I worked very much as a team and worked closely with the trial coordinator and the research hub team at the University of Bristol. Our main goal was concentrate on improving the trial governance and quality assurance processes by improving and standardising site file management (including an electronic version), development of in-house training packages and the production of new documentation e.g. standard operating procedures (SOPS).

We often visited centres together and helped the local teams to update their practice in line with current policy. This wasn’t easy at first, with outside support and advice viewed by some of the local staff as criticism and interference. This is a natural human response and to be expected. We’d have felt the same in their position! Despite this, Sue persevered and, through a naturally friendly and diplomatic approach, won everyone over. It was not long before teams were making frequent requests for her to visit and provide practical on-site support. This takes real skill. Her commitment, diligence and attention to detail was demonstrated time and time again. These qualities were recognised by the trial such that she was added as an integral member of the international trial steering committee, for which she was enormously proud.  She led and/or contributed to a number of key research papers and presentations.

I saw another side of her role when I ‘covered’ for her throughout 2017. She was signed off work ‘sick’ for the year and eventually took health-related retirement. I travelled to Leicester most weeks to see the patients that were attending the ProtecT research clinics and to make arrangements for them to continue future clinical follow-up either with their GP or in alternative clinics at the hospital. Almost without exception these patients were disappointed to see me – nothing personal, but it was Sue they had come to see; she was the reason they came along to clinic year after year. Their reflections on Sue during our discussions in clinic revealed the deep respect and trust they had in her. They knew that she cared about them and did everything with their best interests in mind. Given that some of them had been seeing Sue for 15 years it was perhaps not surprising that they viewed her as a trusted friend. An exceptionally committed and proficient health professional who was equally valued and respected by the research team at University Hospitals of Leicester where she was based.

Following retirement and despite deteriorating health Sue kept herself busy and involved in local life. She was genuinely grateful for the life she had had and was determined to live life to the full in the time she had left. She was under no illusions and took the brave decision to choose quality of life over quantity. She continued her love of foreign travel and learning about different cultures by going on a number of activity holidays. Helping others remained high on her agenda and she completed a number of challenges for charity, including a parachute jump. She was training for and had entered for the London Marathon, before ill-health took over and she was forced to reduce her activity. Other interests included a passionate and loyal following of the Leicester Tigers where she sometimes met up with Roger Kockelbergh – an equally passionate fan! A life-time animal lover, this branched out to include the fostering of hedgehogs after volunteering to help out at her local animal rescue centre. She likened this to intensive nursing, with two-hourly feeding via syringe through the night. She loved it! - her passion and enthusiasm coming through loud and clear during a local radio interview she participated in earlier this year. 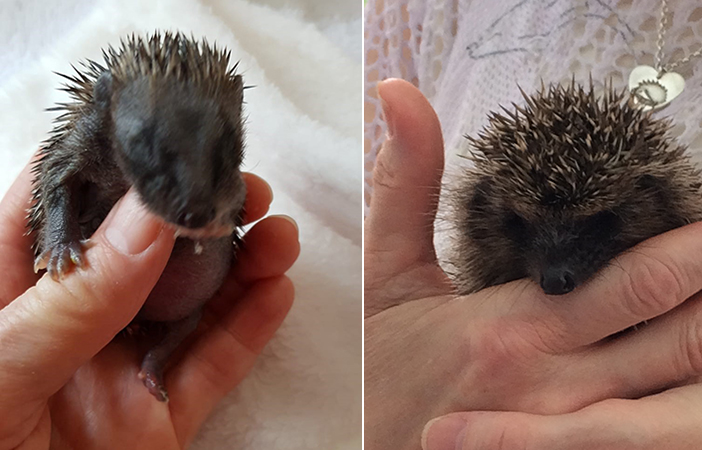 Sue passed away peacefully at the Leicester LOROS Hospice in September 2020. For colleagues on the ProtecT study who knew and worked with her she will be remembered for her pivotal role on the trial – her warmth, kindness, attention to detail and ‘can-do’ approach kept everyone motivated to do their best work. Every trial should have a Sue!

To celebrate 100 years since women were admitted as full members of the University and on the occasion of International Women's Day, a group of inspirational women in the Nuffield Department of Surgical Sciences (NDS) reflect on their journeys, their place in Medical Sciences and their vision for the next 100 years.

The life of a research nurse: supporting the Oxford COVID-19 Vaccine Trial

Research nurses in the NHS are playing a crucial role in helping to trial new coronavirus treatments and vaccines. Three NDS research nurses stepped up to help with the fight against this new disease. Here Bhumika Patel shares her experience of working on the Oxford COVID-19 Vaccine Trial.

Why I became a Peer Supporter

The Peer Support Programme was developed in recognition of the essential role students play in supporting and encouraging one another on a day-to-day basis throughout their time at university. NDS’ own Helen Stark discusses her experience of becoming a Peer Supporter.

Racism under the microscope

As Black History Month gets underway in the UK, NDS Athena SWAN Coordinator Emily Hotine puts racism under the microscope.

In this blog post, Dr Hannah McGivern, a Tissue Handling Technician for the Quality in Organ Donation (QUOD) initiative at NDS, discusses her involvement in the NDS Virtual Work Experience Programme, and shares how fascinating and rewarding it was to talk with the students about a career in research.