Last September, the Royal Collage of Surgeons of Edinburgh hosted a new Surgical first. Fifteen surgeons from across the country travelled over 550 miles on a bike, for the initiative #LetsCycleIt.

Starting in Southampton and ending in Edinburgh, the team (consisting of Surgical trainees and consultants), cycled between teaching hospitals along the length of the country, to raise awareness of the College. At the end of each ride, symposia were held in Oxford, Birmingham, Sheffield, Middlesbrough, Newcastle and Carlisle.

The campaign, spearheaded by Mr Mike Silva (Deputy Director of the RCSEd Regional Surgical Network) and myself (I am a member of the RCSEd Trainees Committee), aimed to showcase the hugely successful College campaigns, highlight key advances in surgical care, and raise overall morale within the NHS - by bringing together surgical trainees, allied healthcare professionals and consultants. Each evening topics from ‘major haemorrhage’ to ‘hot gall bladders’, and ‘never events’ to ‘saddle sores’ were discussed in a series of short lectures; followed by refreshments, time to mingle, and an opportunity to meet College Council members.

As part of the ride, emphasis was also placed on the College’s anti-bulling and harassment campaign #LetsRemoveIt. Highlighting a zero-tolerance policy to this behaviour, alongside ways in which the College can support victims, aid in self-awareness and change culture through the health system.

The camaraderie within the #LetsCycleIt team was simply fantastic. This event not only brought together surgeons in training throughout the UK, but also RCSEd Regional Surgical Advisors across the country. It generated significant amounts of media interest with BBC radio, newspaper and TV interviews along route, and highlighted to all the inclusivity and openness of the Royal College of Surgeons of Edinburgh, particularly south of the border.

Huge thanks to RCSEd President Professor Mike Lavelle-Jones who travelled with the team for the majority of the event, and Professor Mike Griffin, President Elect, who rode with us – leading everyone safely back to the College on Friday 7 September. 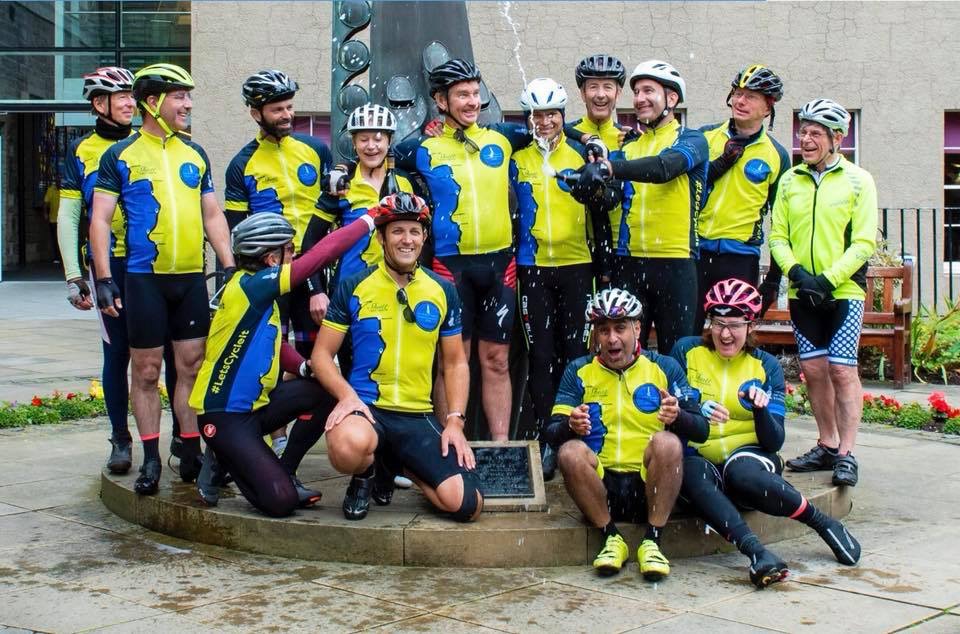