BOSTiC is supported by both the Severn and Oxford Deaneries, along with the Royal College of Surgeons (RCS). BOSTiC is directed by Professor Jane Blazeby (BSTC) and Professor David Beard (SITU), with Professor Jonathan Cook (SITU) and Mr Angus McNair (BSTC) forming the rest of the core faculty.

The aim of BOSTiC was to provide surgical trainees with an overview of what it takes to deliver a successful surgical trial, from the formation of an idea through to delivery of the trial. No previous experience in surgical trials was necessary as BOSTiC covered all of the basics as well as highlighting specific topics such as the research question, design and outcome measurement and statistical analysis. 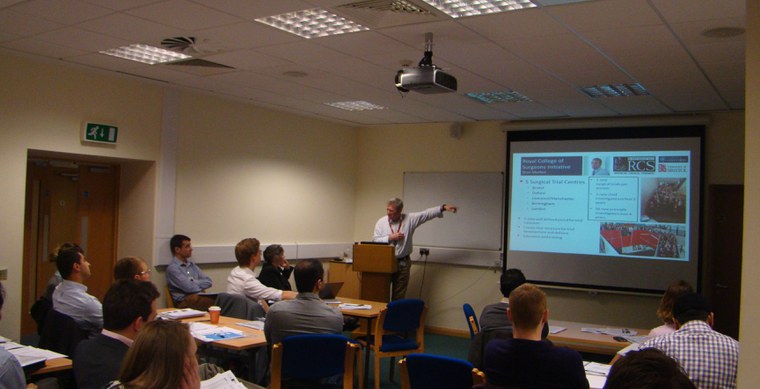 It was decided from the outset that BOSTiC should be delivered in a way that was as interactive as possible, giving everybody the chance to ask questions at any time during the teaching sessions The result was a fertile mix of debate/discussion on many aspects of surgical trials, often into new territory. It was widely agreed that this style of learning was the most appropriate and beneficial for the delegates  It also led to some interesting debates/differences of opinion amongst the faculty! 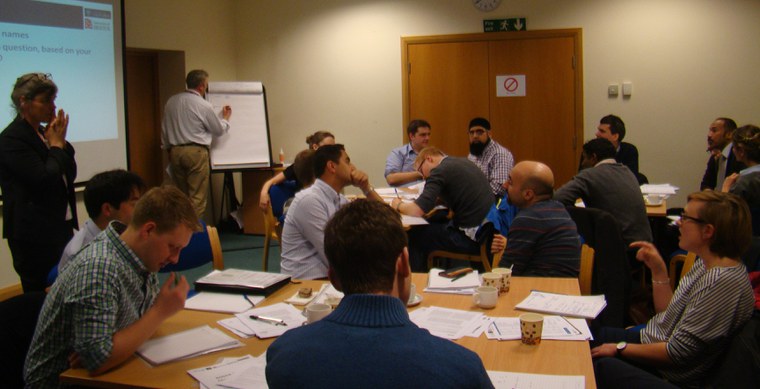 The presentations throughout the course were varied and stimulating. Highlights included Professor Andrew Carr speaking about the role that placebo can play in surgical trials, Dr Chris Rogers covering statistical issues, Professor Freddie Hamdy telling the story of the ProtecT trial, and Professor Matthew Costa presenting a trial to the group in a ‘reverse dragon’s den’ style. Attendees noted the ‘inspirational’ nature of some of the talks, and enjoyed their opportunity to present a trial that they had been working on in groups at the end of the course. 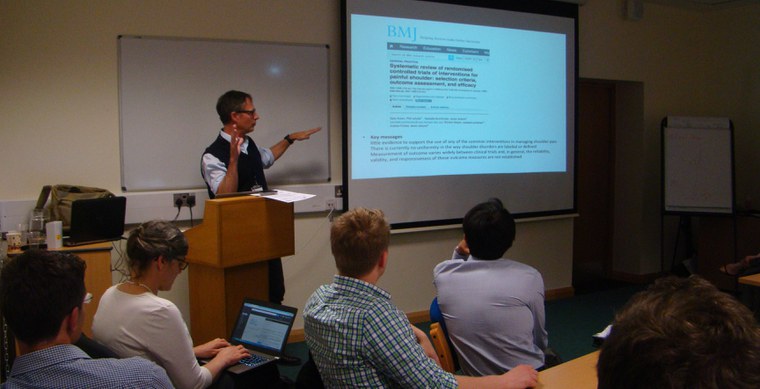 Whilst the course was intense by its very nature, participants overwhelmingly agreed that having a three day continuous course was the most productive way of running such an event. A course dinner on the first evening provided attendees with a great opportunity to get to know each other; with several commenting that it was rare for them to mix so much with those other specialties. 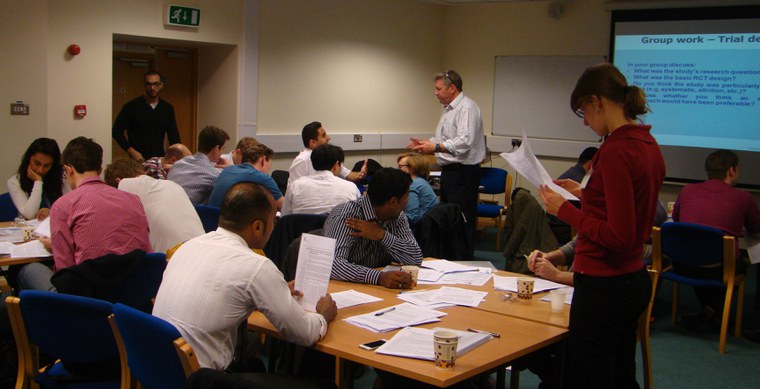 The feedback that we received for the BOSTiC course was very positive, and we hope that the trainees who took part are inspired to get involved in surgical trials in the future, and potentially become the next generation of surgical trialists. BOSTiC will run again in 2016, and will be held at the Bristol Surgical Trials Centre. 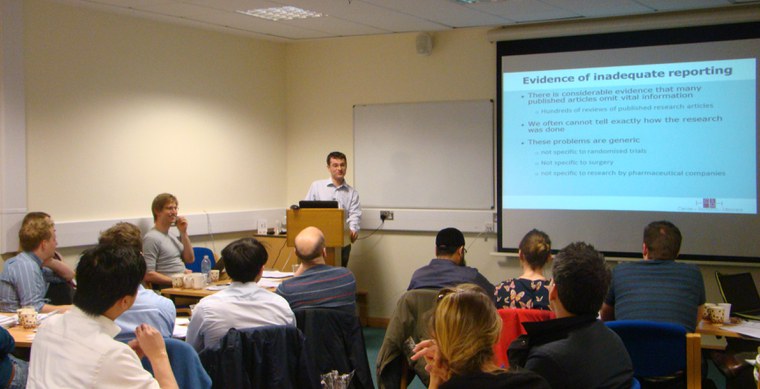 New reporting guidelines, jointly published in Nature Medicine and the BMJ by Oxford researchers, will ensure that early studies on using Artificial Intelligence (AI) to treat real patients will give researchers the information needed to develop AI systems safely and effectively.

Results of the REF 2021: congratulations and thank you

Today, the UK funding bodies have published the results of the UK’s most recent national research assessment exercise, the Research Excellence Framework (REF) 2021.